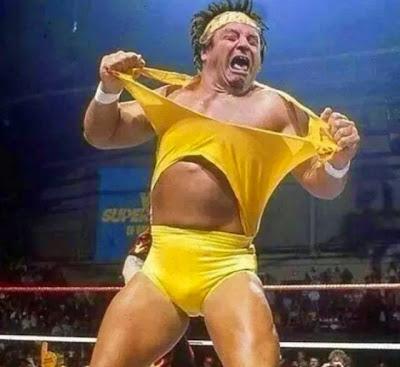 Well, well, well, even though I hardly watch The Fútbol, only tuning in for the World Cup and World-Cup-qualifying matches every four revolutions around the sun, I’ve decided to give this whole predicting-a-winner a whirl. To give you a glimpse of my epic prowess for predicting outcomes in this World Cup, I will confess that I correctly picked a whopping 9 out of the 16 teams that advanced out of the group stage. (I knew I should’ve picked the United States over perennial underachiever, Portugal! And what the fuck was I smoking when I picked Russia and Honduras to advance out of their respective groups?) Someone get me a plane to Vegas!

Okay, without further ado, here’s my ill-informed picks for the quarterfinal matches:

After they clocked Portugal in their opening match, a lot of people—including moi—anointed Deutschland as the favorite to win it all—aaaaaaannnd, then they tied 2-2 against Ghana. Against The Stars & Stripes they seemed to play at around 70% of their capacity; they kind of seemed to toy with the U.S.—content to play hard in spurts but almost unwilling to really, really push themselves. Going to extra periods with Algeria was one of the big surprises of the tournament for me. By the end of regulation time an upset seemed plausible, which was astonishing, but then Germany scored two minutes into the first extra period.

So will The Real Deutschland please stand up? Is it the squad that blitzkrieged the overrated Portugal squad 4-0, or the one with two not-so-impressive victories in their past two games?

And lest I piss off my French homies, let us not forget that we do have a game here, which means that an oppositional force must be pitted against Germany in order to create this thing we call a match. So what can be said about the 2014 French national team? They have scored ten goals in four matches while allowing only two goals—both to Switzerland. They scored five goals against a Swiss team that shut out Argentina through 90 minutes in their final match. I don’t think much was expected of them in this World Cup after their star winger with jacked-up teeth, Franck Ribery, went down with a back injury.

I think this is as far as France goes. The U.S. won’t be able to bail them out this time. (I promise you, this is my one bad historical joke I will allow myself.) Germany’s going to the semi-finals.

Oh sweet Jesus, this is going to be the game! I can’t wait until 1 p.m. PST on the 4th of July: the two best teams in South America (sorry, Argentina) will face off. Being an unapologetic supporter of New World teams in the World Cup, a big part of me pities that this match is happening before the semi-final round. But what a game.

So Brazil barely advanced to this stage. It would have been a disaster and monumental shame if this country that has gone to such pains to host these games would not even make it to the quarterfinal round, but the unforgiving goal post spared them twice in their last game against the scrappy Chilean squad. Though I was relieved they won, I don’t think any Brazilian could’ve left that game feeling chipper about their team’s chances in advancing in the tournament with a performance like that.

Brazil clearly lacks offensive chemistry. They lack a playmaker or two in the midfield who can make goal-scoring easy for Neymar or Porn-stache Fred. There’s no fluidity, beauty, or sabor to their offensive game. They hardly resemble recent Brazilian squads with stars like Ronaldo, Kaka, Rivaldo, Ronaldinho, Romario (to kick it a little more old school), or my boy, Roberto Carlos (check out the .54 second mark of this clip:)

Colombia, on the other hand, has the leading goal scorer in the cup, James “Bad Motherfucker” Rodríguez (check this goal out); their defense has been stout, and they’ve played a sexy game. In terms of cohesion and precision they’ve been superior to their South American veciños. From what we’ve seen in the past three weeks, Colombia is South America’s best hope to hoist the Cup, and I think they’ll continue to prove it by advancing past Brazil on their soil.

Like most folks I’m fairly certain of the outcome of three of the quarterfinal games, but this is the one I’m struggling with the most.

Let’s start with Argentina. Only one word is needed to sum up their hopes of advancing or winning this World Cup: Messi. La Pulga has finally had the strong World Cup performance we predicted in 2010. He notched four goals in the three group games and assisted on the goal that finally broke Switzerland’s defense in their first knockout game. Their opposition has been loading up in the backfield in hopes of countering Argentina’s attack. Messi regularly sees two midfield defenders rush at him whenever he gets the ball. For the most part, this strategy has worked to stifle their offense because La Pulga lacks play-making teammates on the wings who can make teams pay for doubling him. No Carlos Tevez (that dude could kick), and the 35-year-old Maxi Rodríguez isn’t an offensive threat. Of the eight remaining teams, no team is more dependent on one player to carry them than Argentina. Though it’s not the best analogy, ask the Cleveland Cavalier version of LeBron James how that turned out for him when his team advanced to the championship level.

As for Belgium, they have a stout defense; they’ve allowed two goals through four games. And here’s an impressive stat: their six goals have come from six different players.

With Mertens, Hazard, and the 21-year-old Lukaku—the difference maker in their match against the U.S.—Belgium has a couple of offensive threats. Unlike Switzerland, I think Belgium has the offensive depth and talent that can score on Argentina in a counter-attack. I think one of them will penetrate Argentina’s defense. Against Switzerland, Argentina kept up their attack throughout the game while maintaining their composure. In their four matches they have yet to trail an opponent and I question if they can keep the same composure against a strong defensive team like Belgium if they are not the first to score. I think Belgium will pull this one off.

What an interesting match: the aggressive, foul-happy Orange floppers (I’m looking at you, Arjen Robben) against the Ticos from Costa Rica. Like Germany, the Netherlands announced themselves as favorites with a devastation of defending World Cup champion, Spain in their opening World Cup match. And like Germany, their play has been not-so-astounding since. It’s been kind of downward slope, methinks. During their last match, Mexico dominated the Netherlands in the first half, took the lead with a goal a few minutes after halftime, but then the Orange Crush dominated the ball and ultimately scored two late goals to snatch victory from a timid Mexican squad that stopped playing like they had when they took the lead. Van Gogh’s brethren exalted while the world was robbed of any more material from Mexico’s Miguel Herrera.

Like Mexico, Costa Rica has been one of the big surprises of the tournament—arguably the biggest surprise. Down a man, they hung against Greece and won in shootouts to advance to the quarterfinals.

Can they pull off another surprise? Maybe. Do I think they will? No. I think their surprising run ends here though god knows I’m fucking rooting hard for them because I don’t want Robben and his flair for dramatic flopping to advance.

Semi-finals:
Typically I resist making far-reaching (and ridiculous) bracket predictions, but what the hell; I don’t want to write a separate post for the semi-finals. For what it’s worth, here’s this fool’s predictions for the rest of the Cup. It has a healthy dose of wishful thinking but I do think this outcome lies in the realm of feasibility; after all, history often teaches us the most likely outcome and a European team has never won a World Cup hosted in South America; I don't think that will be broken in this Copa Mundial:

Is it Friday already? 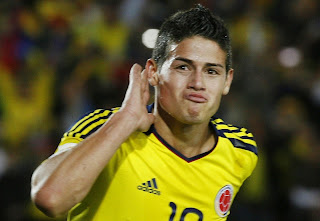