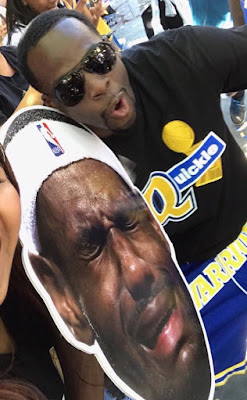 Well, that was, by far, the most eventful offseason in recent NBA history. First, the Celtics traded the top pick in the 2017 NBA draft to the Sixers. Then D’Angelo Russell and Timofey Mozgov’s ridiculous contract were traded to the Nets for Brook Lopez and the 27th pick in the draft. (This trade was particularly significant since it opened the way for the Lakers to draft Lonzo Ball, aaaaaaaaannnnnd, to offload Mozgov’s contract for next year’s free agency season, when a certain King of Passive Aggression from Akron, OH will become a free agent.) Jimmy Butler was traded to the Timberwolves. And then Chris Paul, Paul George and Avery Bradley were traded. But the whopper of them all was Kyrie Irving’s polite request for a trade after going to three straight NBA Finals with LeBron and the Cavs. The 2017 NBA Finals concluded in Oakland (yeah!) on June 12th, and I was absolutely rapt by the NBA’s offseason until late August when Kyrie was traded to the Celtics for Isaiah Thomas, Jae Crowder, some chump and the Celtics coveted unprotected 2018 Brooklyn Nets pick. Goddamn, man. The NBA won the offseason!

But sweet baby Jesus, we’re finally here. The 2017-2018 NBA regular season kicks off with the juiciest opener I can remember: Kyrie returning to Cleveland with his new team. If it were a pay-per-view event, I would fork over good money to see Irving square off against LeBron and his former teammates. Man, I can’t wait.