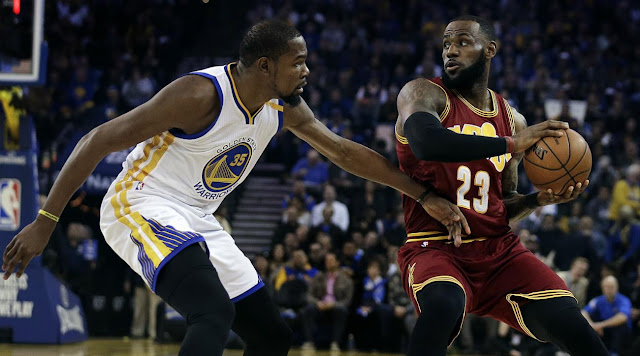 Since these two superteams are meeting in the Finals for a third straight year, I think the best place to start with this rambling post is to revisit last year’s Finals, which was something I was reluctant to do for a long, long time.

Last year, as you know (if you’re reading this), the Cavs improbably came back from a 3-1 deficit to win the title in Oracle Arena. As a long-time Oakland sports fan, I’m no stranger to crushing losses. The 2002 Super Bowl (a.k.a. the Tijuana Bowl) immediately comes to mind, but it wasn’t nearly as devastating as last year’s loss. Part of me is embarrassed to share this because I know, in the end, sports is just sports, but I had a horrific night of non-sleep after our Game 7 loss last year. I probably slept three hours, tops; I awoke a few times and stared off in the dark and couldn’t go back to sleep because I couldn’t stop from thinking of every single goddamn thing that had to go wrong in order for the Warriors to collapse like they did at the end of that series: Curry slipping on a wet spot in Houston in the opening round and injuring his knee; Draymond’s accidental (I think) kick to Steven Adams royal jewels in the Western Conference Finals, which was basically the equivalent of a yellow card, contributing to his subsequent suspension in the pivotal Game 5 of the Finals; our epic, grueling seven-game series against the Oklahoma City Thunder; Bogut’s injury in the 4th quarter of Game 5 in the Finals; and the Warriors season-long chase for the regular season record for wins, a grind which finally caught up to the Warriors at the end of the Finals. That sleepless night, after seeing Kyrie Irving hit a dagger three-pointer in the closing minutes I couldn’t help but think that if even one of those acts had not happened we would have won a second straight title. The day after Game 7, like one of our then-summer interns—a born-and-bred Cleveland Cavaliers fan—I was still in disbelief that the Cavs actually fucking won (let alone beat us three times in a row).

A few weeks ago, I finally mustered the will to watch the replay of Kyrie’s game-winning shot over Steph Curry in Game 7. 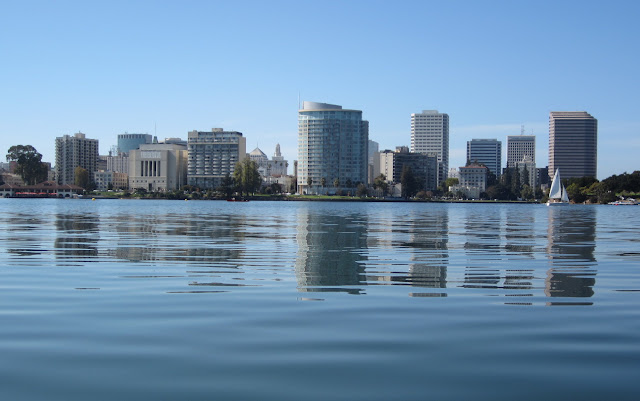 When I first moved to Oakland back in June 2011, I was still navigating through a perilous juncture in my life. I was a newborn cancer survivor. I had just finished a first (and super-duper-crappy) draft of my memoir and still dealing with everything that had happened to me. David, a sweet, beautiful man I had befriended while undergoing radiation treatment had just died a few weeks before. And so, I was still acutely aware of how temporary life is. I was still wounded, still brittle, but I was beginning to heal thanks to my writing and a six-week artist residency that winter in Taos, New Mexico. Getting away from San Francisco—the city where a few of my blood cells jumped the rails and went rogue—was nourishing for me. All that solitude was especially good for my spirit; living completely on my own for the first time in my life was freeing for me.

So when I settled back to my typical everyday life in San Pancho, I knew, in my heart, I couldn’t continue to live with roommates; not after I had basked in a more quiet, inward life on my own. At that point in my life—a life that felt incredibly uncertain—my overriding, urgent and borderline desperate need was to establish a rhythm, a way of living that would allow me to be as content and happy as possible. I earnestly felt like my well-being depended on it. (I still do.) Nothing frightened me more than the prospect of relapsing.

And so, I decided to leave the home I had shared with my three roommates. I decided to leave the Mission District, the vibrant, ever-transforming neighborhood where I had lived for nearly seven years. At the time, I worked about thirty hours every week to allow more time to devote to writing, which was a constant tonic. Since I wasn’t raking in piles of money, I couldn’t afford a single-bedroom apartment in the city so I migrated to Oakland, back to the sunny eastside of the bay where I had been raised.

I still remember my first few weeks living right by the eastern side of Lake Merritt. Summer had begun, and I remember how instantaneously at home I felt in my new surroundings just by simply wearing a t-shirt and shorts just about everywhere (except San Francisco when I migrated back for work). I remember how great it felt to come home and kick off my socks and leave them laying in the living room if I wanted. Moving to Oakland was also coupled with a newfound kindling love since I had begun to date my sweetheart, Maria; I remember how at home I felt when we first strolled around the lake on a sun-filled afternoon. Throughout that summer, I remember how proud and at peace I felt when I would stare with quiet awe at Oakland’s minute skyline as I cycled around the lake. I never grew tired of that vista whether if I was immersed within a sea of sunlight or twilight. And when I breathed in that modest but delightful view, I felt like I was exactly where I should be—and I have found that such moments in life are often much too fleeting.

Before long, a year passed. A third Cancerversary was celebrated. With time, I healed. Then Maria and I moved in together, synthesizing our earthly belongings into one home that was truly ours. The years continued to pass. We got married twice in Oakland—legally at the county’s Clerk-Recorder’s office and ritually entwined in front of our loved ones in a forest of redwoods. And then my book was published. That year—probably the sweetest of my life—my heart felt full. My spirit felt at peace (but fleetingly, of course). Then, Maria became pregnant, but she lost the embryo. And then she became pregnant again and lost the second one. Together we weathered that sorrow. Our third one held, and she eventually gave birth to our hijito. All of this happened in Oakland. And then, a few weeks ago, we lifted our roots and moved south to the foothills of Hayward to be closer to our families.

Although I still work in Oakland, it still tore me up at first to not wake within this city that I have loved like no other. In a short, short amount of time, Oakland had become my town. My beat. My haven. My home. I doubt I will ever find another hometown that I identify with so strongly. In its totality, its 78,000 square miles of land, sky and water, Oakland is a diverse, pulsing medley of beauty and fucked-up-ness that I always felt like an extension of.

It would be easy to tick off the places in Oakland I miss and remain fond of, but I’ll refrain. Oaktown is far more than just a list of places I happen to like. The future may not exist, but now that our trinity is here in our new home in Hayward it’s hard not to daydream of Maria and I returning to Oakland to show Miguelito our old haunts (The Grand Lake Theatre! The Rose Garden! Dracena Park! Joaquin Miller Park!), the town where he was forged, and to discover some new places together.