Bring on Free Agency (My Thoughts on the Warriors offseason)


The Finals ended, and we lost. But I’m not ready to let go of basketball just yet, especially with free agency looming!

The celebratory smell of champagne and spilled tequila is probably still wafting in the visitor’s locker room at Oracle, but two delicious rumors have already reverberated around the Warriors. First, of course, is that Kevin Durant’s supposed interest in springing from Oklahoma City to join our team. ESPN’s Chris Broussard’s reporting that Durant’s decision is likely a two-horse race between the Warriors and Thunder is incredibly exciting.

Long before the Warriors lost in the Finals, there already was speculation that Golden State could become Durantula’s free agency destination if he left the only NBA franchise he has ever played for. Back then, I didn’t like the idea. It seemed too risky. I also thought one of the things that made our team so potent was our depth. But after we crumbled in the Finals, my opinion on the matter has changed. Back then, I wasn’t keen on the possibility of losing some significant contributors off our bench to bring his max contract onboard, but I think the Finals showed us—amongst many things—that the ultimate outcome will likely come down to the strength of each team’s best 7-8 players, not the entire roster. Over a seven-game series, Cleveland’s best three players—LeBron, Kyrie and Tristan Thompson (who I like to call “Fetch” because fetching offensive rebounds is his only elite skill)—simply outplayed Curry, Green and Klay Thompson just enough to win it all.

Unless Miami significantly upgrades their talent in the offseason—like adding Kevin Durant—we all know LeBron, Kyrie and their supporting cast will be back in the Finals because they play in the Eastern Conference. We can expect them to have an easier road to the Finals again. This year, the Cavs played three less games than the Warriors before they met in the Finals. It’s not an excuse, but I think that extra wear was one of many factors in our collapse. So if we can upgrade our starting lineup, our top-tier talent by adding a once-in-a-generation player, I think our chances are significantly improved if we met again in the Finals. Plus, signing Durant would seriously deplete one of our strongest opponents.

So I’m all in on the Durant sweepstakes now. I still think it’s unlikely we’ll add KD, especially after last night’s trade in which Oklahoma City fleeced Orlando to upgrade their shooting guard position, but it shouldn’t stop us from doing our best to sign him.

And so, who would I be willing to part with from our pool of eight restricted and unrestricted free agents? Here’s my list: 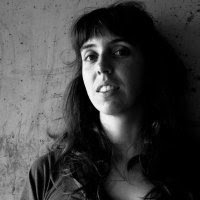 My homegirl, Allison Allbee, is a coworker of mine at ChangeLab Solutions. Born and raised in San Francisco, Allie graduated from UC Santa Cruz with a degree in community studies and received concurrent master’s degrees in building science and city planning from UC Berkeley. She conducts research, develops tools, and works with communities around the greater San Francisco Bay Area and beyond to improve their health and well-being through city and regional planning policies. Besides planning, Allie is also a fellow shutterbug and has a great talent for making yummy food (which occasionally makes my tummy happy when she bequeaths us with office treats).

A few weeks ago, we grabbed some lunch and headed out to the Kaiser Center Roof Garden for a chat. This is what went down:

JUAN: You’ve heard of it then?

ALLIE: I’ve heard of it. But I also don’t play video games, and so I don’t think people talk to me about them.

Let’s start this prediction off by revisiting my imitation of a patented LeBron James backhanded compliment from my conference final preview:

I stand by that statement. And what I watched or heard about both conference final series only strengthens that belief. 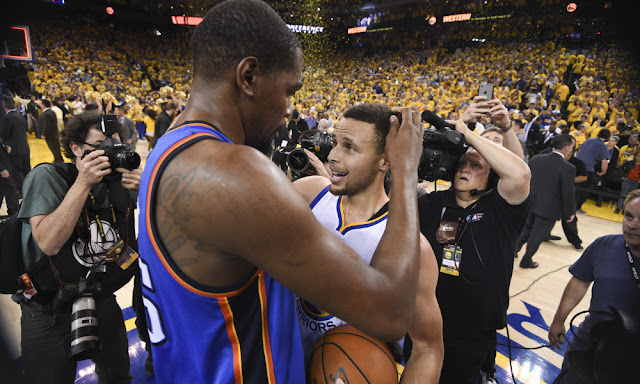 Sweet baby Jesus, that was one helluva series! Our Game 6 victory is probably the most exhilarating, joyous sports victory I have felt. Last year’s opening round series between the Clippers and Spurs was a hair better, methinks, but this was the best Warriors series I’ve been fortunate to witness. During the past two years, this was the greatest challenge we overcame. I also happen to think it’s the greatest challenge we will face this season. A week ago when the Warriors were down 3-1 after getting shellacked in Oklahoma City, ESPN Radio’s Dan Le Batard offered an interesting take on what exactly the Dubs were up against. He said, when all is said and done in their careers, that Westbrook and Durant would be a better duo than any that Jordan and Pippen took down. It was a ballsy thing to say, but I’m with him. In my mind, the only one of those duos that could compare to the 2015-2016 version of Westbrook and Durant would be Barkley and Kevin Johnson, who were also in their prime when they lost to the Bulls in the 1992-1993 Finals. As it is right now, ESPN ranks Durant 22nd and Westbrook 49th on their list of greatest players in NBA history. In all likelihood—especially with Westbrook—that ranking will only increase over the years.

But anyway, before I get too scrambled here, I wanted to offer some thoughts on this epic series:
Read more »
Posted by Juan at 9:11 PM No comments: