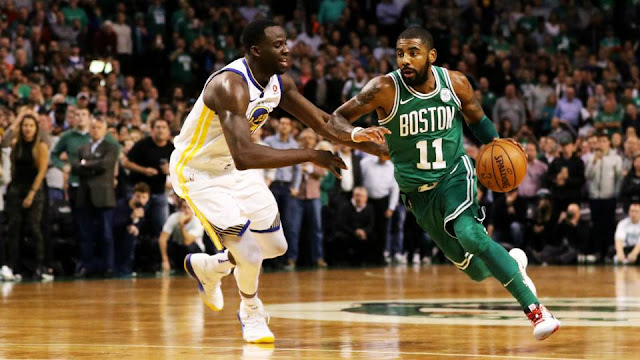 The 2018-2019 NBA season begins in 16 days! Personally, it was kind to have a break from basketball, but I am elated to have it back. In writing this post, I realized that following the NBA is just like when my friends get excited about having a television series start up again; I don’t presently follow any TV series, but I do have basketball—and following it goes far beyond catching games on TV. For me, it’s listening to Zach Lowe’s podcasts, reading Zach’s in-depth weekly ESPN NBA pieces, watching the latest BBallBreakdown videos (I multi-task while I wash Miguelito's bottles or our dishes), watching Rachel Nichols and Amin Elhassan break down league-wide happenings on The Jump, and reading Marcus Thompson II, Tim Kawakami, Anthony Slater and Ethan Strauss’s savvy and comprehensive coverage of my beloved Warriors in The Athletic. On top of all that, I’ll sprinkle in a more-than-occasional article or podcast from The Ringer’s NBA staff, particularly pieces from Jonathan Tjarks. Over the past few years, I must admit that day-to-day normalcy entails tuning into all this coverage (and occasionally watching a Warriors game). So I kind of feel like I’m getting my life back with basketball returning to the fold.

Akin to the 2017-2018, this past offseason was brimming with drama and action. LeBron headed West to the Lakers. (I know I’ll eventually get used to it, but right now it is completely bizarre to see him in Lakers gold.) Kawhi Leonard cowardly forced his way out of San Antonio, which subsequently paved the way for Toronto trading DeMar DeRozan for Leonard after firing Dwane Casey. Paul George surprisingly stayed in Oklahoma City without even taking a meeting with the Lakers. (Bill Simmons has an interesting conspiracy theory on that.) The Rockets lost two of their 3-and-D aces: Trevor Ariza and Luc Mbah a Moute. The Fellowship of the Rings in San Antonio finally disbanded with Manu’s retirement (boohoohoo) and Tony Parker’s signing with Charlotte. And now Jimmy Butler wants out of the flaming poo of a mess that is the Minnesota Timberwolves franchise. It’s a long, long season, but I can’t wait to see how this all unfolds.

I want to make it my tradition to christen each NBA season with a series of predictions, including each playoff team for both conferences. This year, I also want to chime in on Westgate’s Over/Under win total predictions for these projected playoff teams.

Classics Revisited: They Live by Night 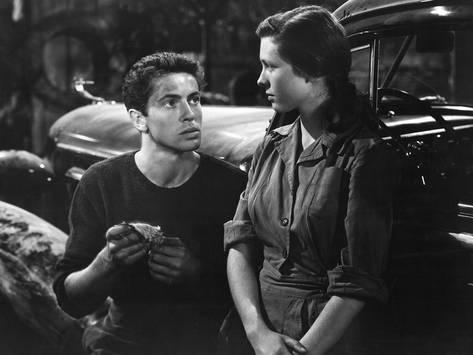 A while back, I was in the mood for a film noir. (Honestly, with my undying fetish for femme fatales, scrappy dialogue, stylish bleakness, and a spirit of pervading doom, I am probably always game for a film noir.) Equipped with my new FilmStruck subscription, I turned to our local preeminent film noir scholar, Eddie Muller, and his list of 25 Noir Films That Will Stand the Test of Time. Surely, the good folks at the Criterion Collection would have one of these films in their limited FilmStruck plan—and they did. Described by Muller as “Film noir's version of Romeo and Juliet,” They Live by Night lived up to its billing.

Best known among cinephiles for directing James Dean in the iconic Rebel Without a Cause, They Live by Night was Nicholas Ray’s first film. Released in 1948, the film has gone down as the template for the couples-on-the-run film genre, which has given us treats such as Bonnie and Clyde, Thelma and Louise, Wild at Heart (which gifted the world with Willem Dafoe’s Bobby Peru), and Terence Malick’s gorgeously shot Badlands. Unrequited love mixed with lawlessness—yeah, I’m there. That’s my fucking jam.