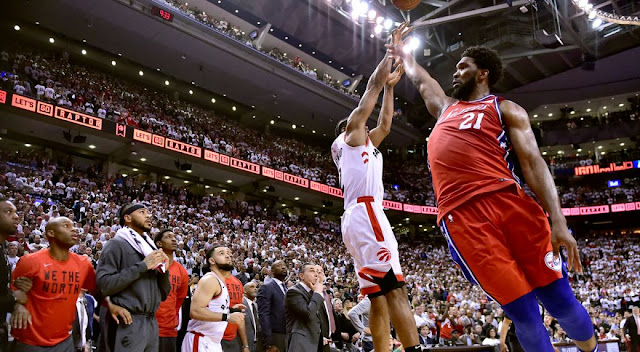 The 2019-2020 NBA regular season lifts off this Tuesday! It’s going to be quite an intriguing season, but first, let’s zoom back to the NBA Finals because some NBA-landscape-altering shit went down in that series. Then-Warrior Kevin Durant, one of the greatest scorers of all-time, a player who briefly seized the title of Greatest Basketball Player Alive before his injury in the Warriors vs. Rockets series, tore his Achilles tendon in Game 5 of the Finals, which will keep him out until the 2020-2021 NBA season. And then, Klay Thompson, the Iron Man of the Warriors dynasty, tore his ACL in Toronto’s close-out game, which will presumably keep him out of action until the All-Star Break in mid-February 2020. For the first time in four seasons, the Warriors aren’t the prohibitive favorites to hoist the Larry O’Brien Championship trophy. After an offseason in which nearly half of the NBA’s players were free agents, a total of 9 teams—by my count—have legitimate championship aspirations if the ball bounces their way (see what I did there?): the Clippers, Lakers, Nuggets, Rockets, Jazz, Warriors out West, and the Sixers, Bucks, and Celtics in the East.

Rather than project the 1-8 playoff seeds for each conference like I have in years past, I’m gonna change shit up and break down my predictions for conference playoff teams into three tiers: the Cream of the Crop (in Macho Man parlance, or the top-3 seeds), Middlers (not to be confused with the Urban Dictionary term), and Low-Hanging Seeds (bottom-two seeds).