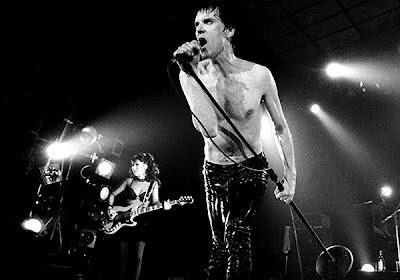 In his classic Relentless show, late comedian Bill Hicks said, “Drugs have done good things for us.... If you don't believe drugs have done good things for us, do me a favor then. Go home tonight. Take all your albums, your tapes and your CDs—and burn 'em. Because you know what, the musicians who made all that great music that's enhanced your lives throughout the years? Reeeeeeeeeeal fucking high on drugs.”

Of course, not every great musician we’ve been blessed with did drugs, but Hicks—in my humble opinion—has a point. Many of our greatest musicians did consume drugs at one point or another—to expand their earthly perceptions, to escape from the suffering they bottled inside, or to simply fit in with their scene. Did consuming drugs have a positive effect? From an artistic standpoint, I think it can be generally argued that they must have had some positive contribution. From a personal standpoint, probably not so much. I’ll list a few names for you: Layne Staley. Amy Winehouse. Jim Morrison. Whitney Houston. You get the point.

What is inarguable is that musicians have created some astounding music related to drugs. I’m not necessarily condoning drugs although I do agree with George Carlin that marijuana and hallucinogens are “value changers,” which—in my book—is a positive attribute. (Carlin’s discussion with Jon Stewart about drugs and marijuana and a clip from his Archive of American Television interview is worth seeing.) Drugs are like anything in life—like going to college, or being in a relationship, or having kids—they're not for everyone.

When I suggested this musical post with my homeboy, Justin, he said we were gonna basically write about our favorite songs. And he ended being completely right.

Check out Justin’s list here. And without further ado, here are some of my favorite songs about drugs:

I’m Waiting for the Man – Velvet Underground
“Heroin” is an epic song but I’ve always loved this one more because of the story it paints. This is textbook telling-a-story-through-a-song. (Lou Reed was an English major, after all.) Fuck Paul McCartney and his emotionally vacant let-me-tell-you-a-story songs like “Rocky Raccoon” and “Maxwell’s Silver Hammer” (though I do like that number)! Give me a song about a low-life junky going to Harlem to score drugs from his dealer with a nice ‘n dirty distorted guitar for accompaniment! Yes! Yes!

Cold Turkey – John Lennon
I’m not done talking shit about Paul McCartney because now let me tell you why I love this song. “Cold Turkey” is an excellent example of the primary difference between Lennon and McCartney as songwriters. McCartney would have to live fifty lifetimes to ever write an unflinchingly honest song like this one. But not Lennon. No, he would give himself the task of being hyper-personal and vulnerably honest by attempting to convey what it feels like to give up heroin cold turkey. Sure, it’s a musical experiment, but those guitars are pretty nice ‘n nasty, too. Although I hardly ever listen to it, this will always be one of my favorite solo-Lennon songs.

Angry Chair – Alice in Chains
Alice in Chains’s Dirt is to heroin what Black Sabbath’s Vol. 4 is to cocaine (although AIC’s album does not glorify drug usage like Ozzy did). “Godsmack” is another vicious track about Layne Staley’s troubles with heroin but “Angry Chair” is my favorite. It’s such a dark, violent, and ominous song. Years after he wrote this song, Staley died from an overdose of heroin and cocaine. (His body decomposed for two weeks before the police broke down his door.) Crank the speakers and listen to this song. It’s kind of all unflinching there, which is why Alice in Chains with Staley as their front man was an astounding band. 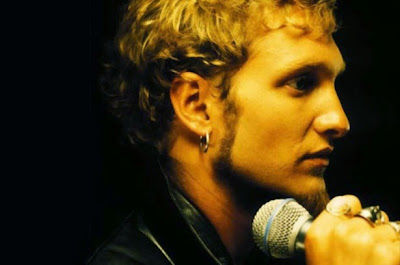 Master of Puppets – Metallica
The title track from their greatest album and probably one of their ten best songs, "Master of Puppets" is the quintessential thrash metal epic. With Cliff Burton in the fold, this track captures Metallica at their peak. Thanks to the album cover, this song may appear to be about the Devil but it's actually about addiction to speed.

Supernaut – Black Sabbath
With songs like “Snowblind” and “Supernaut” Vol. 4 was Sabbath’s ode to coke. In his autobiography Ozzy Osbourne wrote, “that album owed a lot to cocaine.” “Snowblind” may be more overtly about cocaine but “Supernaut” is cocaine personified. Iommi’s riff during the verse feels like the driving, frenetic, teeth-grinding, I’m-fucking-invincible sensation one gets from taking a couple of hearty bumps. (“I want to reach out and touch the sky / I want to touch the sun”) Ozzy himself said, “When I listen to songs like ‘Supernaut’, I can just about taste the stuff.”

I like how crappy and lo-fi the production is; it’s classic Reagan-era punk, and Henry Rollins’ lyrics manage a balance between humor and sarcasm. Plus, if this kind of music is up your alley, it’s fun to shout along with the “Six pack” backing vocals.

And in case you’re asking why I have a song about beer on here, don’t ever forget that alcohol is a class 4 narcotic.

Nightrain – Guns N’ Roses
During the production of their classic Appetite for Destruction, the boys from Guns N’ Roses infamously destroyed a rented house on the former estate of filmmaker Cecil B. DeMille. (The band’s A&R rep recalled, “"People were defecating in the sinks. The holes in the floor where the toilets got ripped off were filled with urine. There were half-eaten Whoppers with mold on the wrappers. They would just get in these drug rages and just go berserk.") Of all the songs on that album, I think this one came closest to capturing all that decadent destruction.

God knows when I was in my mid to late twenties this song was playing in my head—or through my iPod headphones—when I was hellbent on pulling a rager. Not proud of that, but it’s the fucking truth.

Mary Jane – Rick James
It’s a delightful song. And the lyrics are minorly brilliant. No musician could top Rick James if they ever tried to write a song about marijuana but make it seem as though it were really about a woman. (Kurt Cobain gave it a whirl with “Moist Vagina,”, which happens to be one of my favorite Nirvana B-sides.)

Purple Haze – The Jimi Hendrix Experience
Sure, who knows what this song is really about, but I’m betting the family farm that it alludes to the psychedelic experience. I mean, listen to the song and tell me it wasn’t meant to be conducive to the drug experience. That Jimi Hendrix was a genius! 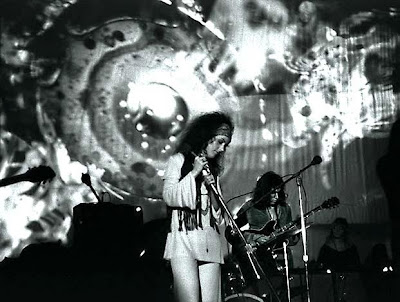 Man, were the 60s good for drug songs or what?

The intro is one of my absolute favorites: the mildly ominous bass, snare drums that sound like the beginning of a journey and then the trippy where-the-fuck-am-I? guitar notes. Sure, the lyrics are about Lewis Carroll’s Alice’s Adventures in Wonderland but sweet baby Jesus this song is really about tripping balls. Observe:

“White Rabbit” is the musical call to arms to Timothy Leary’s “Turn On, Tune In, Drop Out.”

Garbageman – The Cramps
A list of my favorite songs about drugs would be incomplete without one from The Cramps. Their frontman, Lux Interior, was all about drugs, man. And this “one half hillybilly and one half punk” song is The Cramps at their finest: Lux doing his psycho-Elvis best, Poison Ivy laying down some nasty-sounding guitar chords, and a simple beat to allow them to soar.

You fucking hipsters can take Johnny Cash and Folsom Prison Blues. (I do own that album—on vinyl—which is probably hipster-y of me.) I’ll take The Cramps playing at the Napa State Mental Hospital any fucking day.


Drug Ballad – Eminem
Now we have digressed to the part of my list of favorite drug songs that are totally supportive of getting jacked up. Enter Eminem’s “Drug Ballad,” one of my favorite jams on his epic The Marshall Mathers LP. No need to describe it. Just give it a good listen.

Let’s Get Fucked Up – The Cramps
Wait, The Cramps make my cut twice? And no songs from the post-Rubber Soul Beatles or Stones? (For the record, two of my favorite songs to listen to when I’m high (at least historically) are “Being for the Benefit of Mr. Kite” and “Brown Sugar.”) Before you ask what is wrong with me, tell me, how could I say no to this song (and this studio version doesn't come close to conveying how wild it felt to listen to The Cramps play it live):
Posted by Juan at 10:19 PM