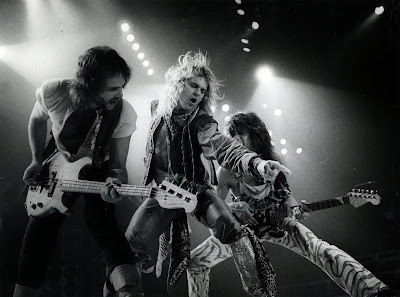 A few weeks ago, guest blogger Jasmyn Wong put down her top 10 favorite covers of all-time. Here’s mine:

10.    Fever – Sarah Vaughan (Little Willie John)
In writing this post I actually discovered for the first time the original recording by Little Willie John. It’s not a bad tune or recording whatsoever, but I still slightly prefer this lively, bossa-novaesque cover by Sarah Vaughan. This playful rendition feels like it should be playing at the pool while you’re lounging about a pool in Lahaina, or possibly at a psychedelic circus in the company of Hunter Thompson. Either scenario is good in my book.

9.    Orion – Rodrigo y Gabriela (Metallica)
The first time I heard this rendition I was deliciously high. I was hanging out with friends. It was my first time hearing Rodrigo y Gabriela. This song played from the kitchen. It sounded familiar but I couldn’t quite place it so I walked over to the kitchen to give it a close listen. Once I realized it was an acoustic cover of Metallica’s masterful instrumental (which featured the late great bassist Cliff Burton), I proceeded to lose my head and shout with glee, startling my peeps. I still get similarly excited when I hear it.

8.     Painkiller – Death (Judas Priest)
For the record, I slightly prefer the original recording but Death’s cover is arguably tastier because it’s just nastier. Chuck Schuldiner’s genius is on full display on this track, from his dire, high-pitched vocals (he didn’t start off singing like that whatsoever!) to his scorching solo. Flawless cover of an epic metal classic.

7.    Loose – The Birthday Party (The Stooges)
Dear fucking god, Nick Cave manages to out-yell and out-nasty and out-crazy Iggy Pop on this track! His deranged vocals at the end of the song takes the fucking cake, and almost always gets me giggling in its sheer lunacy.

6.    Let’s Dance – M. Ward (David Bowie)
In all humbleness, I think M. Ward’s cover of Bowie’s “Let’s Dance” is ridiculously superior to the original. This cover takes the lyrics and chords and squeezes so much goddamn heart out of it. It’s a completely different song in M. Ward’s hands. The first time I listened to this rendition I just froze, enthralled with what I was listening to.

5.    Mystery Train – The Paul Butterfield Blues Band (Junior Parker)
My love for this song has been mentioned on this blog before. This blues standard has been covered by so many musicians but this rendition does it for me. The guitar sounds like it’s perfectly teetering on overdrive. And the harmonica gives the song a rollicking yet urgent tone.

4.    Changes – Charles Bradley (Black Sabbath)
If I was unfamiliar with Black Sabbath’s music, I would have never guessed that this neo-soul rendition was originally written by them. Charles Bradley and his Extraordinaires make this song their own, and it’s a heartfelt rendition.


3.    D7 – Nirvana (The Wipers)
Great bands and musicians tend to have a knack for creating covers that are superior to the originals. This one’s a great example. The Wipers’ bare, sludgy original is honest and emotional, but Cobain and company take the dissonance and anger conveyed in the original and just fucking seriously ratchet it up. If you like Nirvana (like I do), Cobain’s genius is well displayed by simply comparing these two tracks. When you think about guitar gods, Cobain doesn’t immediately come to mind, but I humbly believe few other musicians wielded the raw, mighty synergy of distorted guitar and voice like he did. 2:24 – 3:01 of Nirvana’s cover is a quintessential example of that, and my god, that part has been making me shake my head in awe for nearly two decades now. (It also helps that Dave Grohl is absolutely murdering his drums during that part.)

2.    You Really Got Me – Van Halen (The Kinks)
Everything I said about great bands reinterpreting original material can be said about this cover. The Kinks’ original is a great song, but man, just from hearing Eddie’s blaring opening riff you know this rendition is going to blow the fucking balls off of the original recording. This is Van Halen at their finest. A goddamn supernova of vigor, swagger and sound.

1.    All Along the Watchtower – Jimi Hendrix (Bob Dylan)
Jimi’s cover of Bob Dylan’s song is so intensely good that I think most people associate this song to him. Honestly, there is no reason to listen to Dylan’s original unless you wish to hear just how inferior it is to Jimi’s kaleidoscopic cover.

Danger Zone – Banger Uterus (Kenny Loggins)
My friend, Avelina, sings in this outstanding cover! If you ask me, this rendition has more emotional depth and intensity than Kenny Loggins’ track for the Top Gun soundtrack.

Fever – The Cramps
I could have easily swapped this rendition for Sarah Vaughan’s.

Goin’ Out of My Head - Sergio Mendes & Brasil '66 (Little Anthony & the Imperials)
A catchy rendition with a subtle but nifty piano solo by Sergio Mendes.

Because – Elliott Smith (The Beatles)
This is the only Beatles cover I have ever listened to that can hold a candle to their original recording.