Over two years ago, when Maria was very pregnant with our son, I strode around our local Target store picking up stuff for our homestead. After I picked up all the things on our list, I walked over to their Baby section. Once I stepped in off of the main aisle, I remember feeling like an invisible boundary had been crossed. It was my first time there—ever. I peered around, mostly with curiosity, but also with some trepidation. I understood the cribs and strollers just fine, but there was an assortment of products that I was completely unfamiliar with. I remember feeling daunted when I strolled down the aisle with shelves stacked high with diapers. I didn’t understand the numbers on the boxes, or the distinction between regular diapers and “nighttime” diapers, or the difference between diapers for “cruisers” or “swaddlers.” (To be honest, that one still befuddles me.) It felt like I had entered some new sub-world.

In the two years (plus some change) Maria and I have been parents, we’ve come across a number of items that have really truly helped us through. Most have simply made our 21st century lives easier, but there are some that I don’t know how we would have done without. Like taking inventory, I thought it could be fun and useful to give a shout out to these wondrous gadgets and products, especially for those embarking upon this wild frontier for the first time. 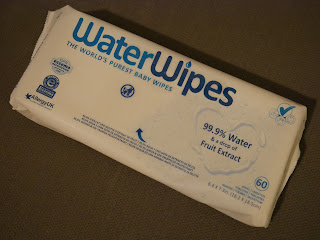 Maria and I have learned A LOT about our special little guy, including that he has fairly sensitive skin. Early on, he was getting a bunch of diaper rashes even though we were responsive in changing his diaper after poops and thoroughly cleaning him. At first, we were using standard baby wipes, which are typically scented with chemicals, but then Miguelito developed a painful bacterial diaper rash. A doctor recommended we use water to spray him clean, then dry with a cloth, which eventually healed his rash. Then, a pack of WaterWipes came with a compostable diaper service we tried out, and they worked great. They are not cheap, but they’ve been worth it for us.

For similar reasons, the A+D Diaper Rash Cream has been our go-to ointment since we switched to it. We started out using Boudreaux's Butt Paste Diaper Rash Ointment and Desitin Maximum Strength to treat Miguelito’s diaper rashes, but we found that his rashes responded better to A+D cream. (We also started using more generous portions, thanks to a pediatrician’s advice.) Ever since we switched to A+D coupled with WaterWipes, our little guy has never had another terrible diaper rash.