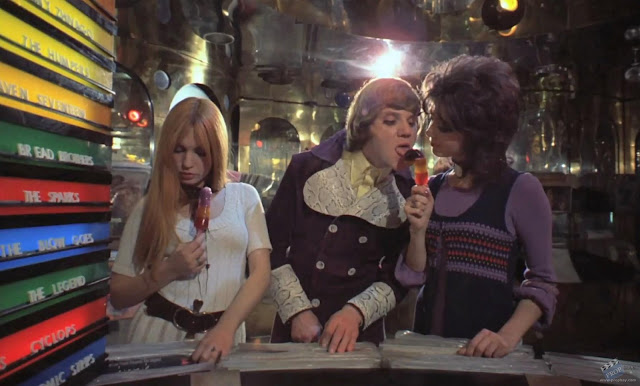 I don’t have many things to brag about my life, but one thing I can boast about is that I’ve seen a lot of good fucking films. In my late teens and early twenties—formative, formative years—I was blessed to have a couple of friends in my lifeless, pedestrian, suburban hometown of Fremont, CA who had wicked-good taste in films. They opened my impressionable eyes to a slew of gnarly movies. Before I could legally drink, I was an undergraduate film student at San Francisco State and pulling a Tarantino by working at a local video store (which back then was this corporation known as Blockbuster Video). During my two years of film studies—especially the first year—I saw (and slept!) through a parade of fantastic films during my 9 a.m. classes when my night-owl ass would stagger through the early morning hours to commute from my parents’ house to the fog-veiled westerly end of San Pancho.

In compiling this list, I was surprised that none of my all-time favorite movie-going experiences happened at the Embarcadero Center Cinema, the exquisite Castro Theatre (Eddie Muller’s annual Film Noir Festival is always fucking awesome), or Shattuck Cinemas in Berkeley. I’ve seen a lot of movies at these film houses, especially the Embarcadero Center Cinema, while I was a substandard film student.

This list was originally meant to be five deep with a few honorable mentions, but the longer I sat and rifled through my memories the more my honorable mention list ballooned (much like the budget of a James Cameron film).

But without further ado, here are the top ten I’ve been graced with.
Read more »
Posted by Juan at 8:44 PM No comments: