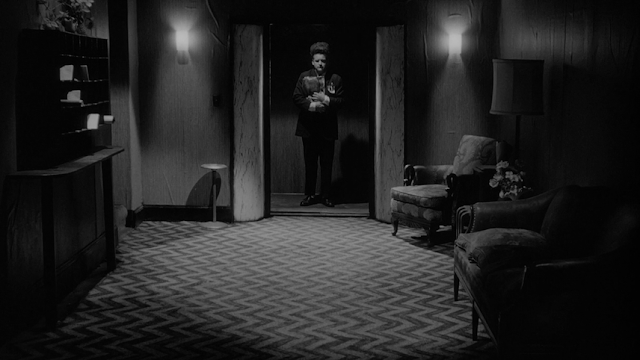 I was twenty-one and a half-assed film student when I first watched David Lynch’s cult classic. It was 2001. Back then, Eraserhead—Lynch’s first feature-length film—was so difficult to find in the East Bay suburbs that the only copy I could get my hands on was a LaserDisc from the library at San Francisco State, which is where I watched it between classes. I remember it being an exceedingly bizarre movie, as expected, but I wasn’t swept up by it like I had hoped. Or much disturbed by it.

Seventeen years later, I decided it was high time to re-watch it. I am a far different person now than I was when I first watched it. The obvious difference is that I’m much older now—grizzled even—and seen a lot. And I’m now also fortunate to be the father of a nine-month-old boy. Over the summer, while holding my sleeping son against my chest, I had watched Lynch’s first two seasons of Twin Peaks for the first time. I also re-watched Twin Peaks: Fire Walk with Me (Lynch’s most ghastly, atrocious work that I’ve ever seen) and his terrific unsung film, The Straight Story. Altogether, that was the experience, the new life lens I brought into re-watching Eraserhead late into the night while my wife and our son slept in our bedroom.

Throughout the nearly two-hour-long film, I was continually delighted, surprised and astounded by how much of Lynch’s cinematic language from his latter films was already on full display in his first feature. On one level, that alone deeply entertained me. And as I got swept up in the film, which is basically a surrealist horror film about the fear of fatherhood, I couldn’t help but see how the cinematic elements in Eraserhead would ultimately resurface again and again in Lynch’s latter works. Just look at all the Lynchian elements I spotted in the film’s first hour and six minutes: