Into the COVID-19 Fray: An Interview with an ER Nurse

JAV: How was your shift today?

NURSE: It almost felt more normal than I expected it to, I guess. There’s this combination of…and I feel bad saying this…ignorance, panic, and self-entitlement that we’re seeing that’s really difficult to deal with. But then, at the same time, we’re kind of used to dealing with this already. I think some of the staff, even among medical people, you’re getting some of that panic where people want all the [personal protective] gear even if they don’t need it to be in that room, or they’re a little hyper-paranoid. And there’s actually a lot of people calling in sick because they just don’t want to be around it. It’s a little crazy. We’re all at home being very careful about social distancing. Everybody is staying home and being very careful about not bringing germs home and all that and then at work all of us are super close together as if it was just any other day. It’s kind of weird.

JAV: How long have you worked as an ER nurse?

NURSE: I’ve worked down in the ER for nine years. I had previously worked in other units.

JAV: How do you think you ended up becoming an ER nurse?

NURSE: (laughs) Almost by accident! When I was a new grad I worked in medical oncology. I wanted to go back to school but the only position that allowed me the flexibility was a float nurse. Back then, I always said, I don’t want to work in the ER. It’s too chaotic. It seems crazy. I like things organized. I like to have my day and plan it but I had a friend at the hospital who kept telling me, come down and work with us…and I just had no interest. That seems like a mess.
Read more »
Posted by Juan at 2:14 PM 2 comments: 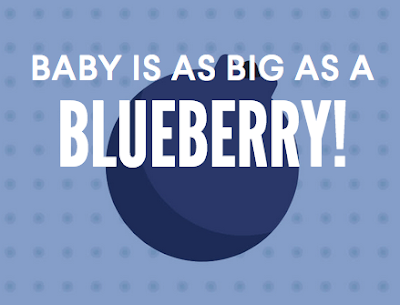 On the morning of February 28, 2016, I slipped out of bed and sauntered over to the living room since our apartment was unusually quiet. My wife, Maria, sat at the far end of the couch, her arms wrapped around her shins, her knees drawn into her chest. Her mouth was a tight line. The blinds were shut, casting our living room into shadow. It seemed as though she was trying to draw into herself. To hide within the darkness. Something was wrong. Very wrong. She was seven weeks pregnant with our first child.

I woke up and found blood on my underwear when I went to the bathroom, she told me.

I didn’t know how to react. This was all new to us. Maria had just told me she was pregnant three days before on the last day of my artist residency. But I had enough sense to know this didn’t sound good.

I remember the way she gazed at the wall—how still she was. As though she was frozen, or unwilling to move.

Shortly after, we passed through the security checkpoint at the hospital’s ER entrance. Maria’s contractions had sharpened. Sometimes it made her double over in pain. I stood by her side as she sat and told the intake nurse the reason for our visit. We then took a seat in the waiting room. Maria and I tucked our chins into our chests. I patted her arm. I was scared, but I tried to hide my fear with a mask of stoicism.

Before long, the intake nurse called us. I could feel my stomach clench. They triage patients at emergency rooms, attending first to those with the most urgent problems. We must have waited only five or so minutes—and we were called in before all the other folks who had already been waiting.

That’s when I realized how grave Maria’s bleeding was.