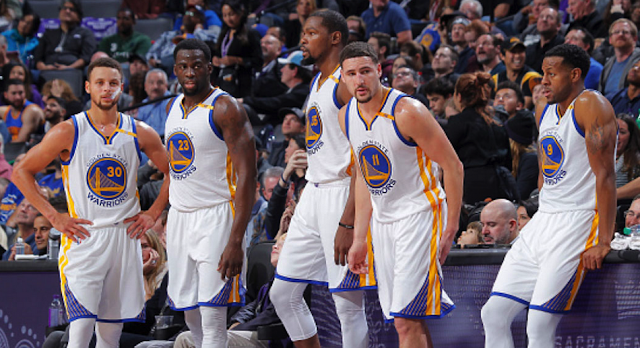 We have finally arrived at the NBA playoffs.

This season, my beloved Golden State Warriors are again the heavy favorites to seize and take home the Larry O’Brien Trophy. But the 2018-2019 NBA Playoffs will undoubtedly play out differently than recent postseasons. For one, with LeBronto’s move to the Western Conference, the Eastern Conference will send a team other than the Cavs to the Finals for the first time in four seasons. The Eastern Conference is relatively wide open with their top four teams—Milwaukee, Toronto, Philadelphia, and Boston—having a legitimate chance to emerge.

In another anomaly, I think this NBA season is also markedly different because I think the only teams who have a puncher’s chance of beating the Warriors are out east, not within the Western Conference. Milwaukee is a long, athletic, sharp-shooting prototype similar to the dynastic Warriors. With superstar Kawhi Leonard, an emerging two-way star in Pascal Siakam and a deep bench, the Raptors can play a number of lineups, including small-ball lineups, with the very best. The Sixers traded for Jimmy Butler and Tobias Harris to form the most potent starting five outside of Golden State. And Boston added Warriors-killer Kyrie Irving and Gordon Hayward to their already-talented roster. (And if you’re the gambling type, holy shit, I think Boston would be the team with the most bang-for-buck upside to bet on, given how low their current odds are of winning the title.)

Here’s my picks for the opening round matchups: