Top 10 Songs to Play at My Wake 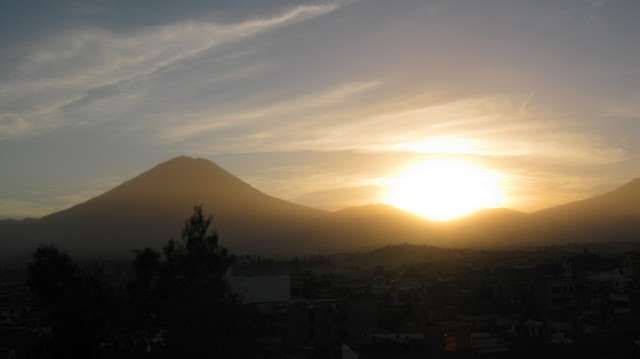 Well, shit, it'd been a while since my homeboy, Justin "To Live is to Fly" Goldman and I put our wretched brains together for a top-10 double-shot list. And I suspected this topic was up our proverbial alleys. And indeed it was.

I’d like to start this post by noting that I think it’s remarkable that it has taken me this long to come up with this list. Throughout my adult life, well before my body ever developed a blood cancer, I have often thought of death. I have long been cognizant that this ride will end. For most of my life I think I have thought of my own death because there has always been a part of my spirit that yearns for it. I know this is going to sound fucking dramatic, but there is a part of me that longs for a reprieve from this life that inevitably manufactures suffering. But now that Maria and I have a son, I think I am far less welcoming of death because it would tear me to be away from our Miguelito. Other than losing my mother, I don’t think there’s anything that tears me more than imagining our son growing up without either one of us.

Although my desire to stay alive has probably never been more palpable and urgent, it’s still easy for me to think about my death. I know most Americans would think that’s dark, but I don’t give a fuck about that. For myself, it’s been abundantly useful to be mindful of the fact that I will be dead someday because it has helped me to be grateful for what I do have.

Over the years, I have periodically thought about what music I would want to be played at my wake. The music I listen to has always been the clearest reflection of how I feel in the present, and—by extension—how I feel about our world. And so, this list is simply a reflection of that at this juncture of my life. So, although I listen to these genres a ton during my 38th revolution around the sun, there is no metal here whatsoever. No classic rock. No Motown. No 1960s – 1980s R & B. No surf rock (which has been my latest musical obsession). No Latin or West Coast jazz. And no blues. Instead, these are just some of the most exquisite and perfect songs I have been blessed to stumble upon this long, strange trip. (Check out my homeboy's list for some more righteous tunes aqui.)

San Juanito – Grupo Alturas
Grupo Alturas is a Peruvian music group, and my parents are from Perú. I discovered this band thanks to one of them. In death, you know I gotta represent!

This song is fairly simple but beautiful to me. I sometimes listen to it and daydream of the Salkantay trail in Cuzco. I picture the snow-capped mountains. I remember the crisp air. I remember staring up in awe at the mountains surrounding me. Even though that steep hike on our first day was brutal, I remember how at peace I felt up there. I felt like I was home beneath that Andean sky, nestled between those mountains that felt alive.

If we have a spirit, and if our spirits can inhabit a specific land on this earth, I wish with all heart that my spirit would wander about those mountains.

Trois Gymnopédies I: Lent et douloureux – Aldo Ciccolini playing Eric Satie
By now, I accept and understand that I will always think of our world as a place containing immense beauty, suffering and sadness. I’m sure many other folks could listen to this song and think something along the lines of what a beautiful piano song. For me, though, it evokes these feelings I have about our world like few other songs ever could.

La Frontera – Lhasa de Sela
There’s a lot of songs I wish I could die to. This is one of them.

El Loco – Javier Solís
It took me a while to notice, but I’ve long felt a kinship to songs sung or written by drop-dead drunkards. This is one of my favorites from that crew of overly sensitive fuckers. Even through all the years, the lyrics, Si me llaman el loco, porque el mundo es así, remains one of my favorites. To boot, this song also happens to be at the very top of my list of canciones that I wish I could flawlessly sing at karaoke.

El Regreso – Los Chamas
Since I am an overly sensitive fucker, there are a number of songs that I find beautiful enough to induce tears. This one is at the top of that list. If I had ever been a boxer, this song, hands down, would be the one that would play as I strode into the squared circle.

Diga Diga Doo – The Mills Brother with Duke Ellington
When I’m at my happiest inside, this is what it feels like.

Guilty – Yann Tiersen
Although I have rarely listened to this song, it would have to be a mandatory play at my wake since it played at one of the most joyous days I will ever have.

Moonlight Serenade – Glenn Miller & His Orchestra
This song had its own minute chapter in my memoir so I must like it a lot. And I do!

The original recording, of course, sounds quite dated, but I think it’s a timeless song. I humbly think it’s safe to say this about any of the songs on this list, but the very best in mankind is represented in this composition. It is astounding what we have accomplished, and this song, for some reason, often conjures that cognizance for me. Probably because it’s so gorgeous and so starkly contrasts with all the destruction, injustice and suffering we humans are capable of mass producing.

Rainbow – Catch the Rainbow
There’s a lot of songs I wish I could die to. This is definitely one of them. Probably one of my top picks. Ritchie Blackmore’s guitar playing over the organ at the end is just fucking exquisite. It feels like it came from another plain.


Songs that missed the cut

My Sweet Lord – George Harrison: No matter how long I live and how much I change this will always be one of my favorite songs. Even though I don’t believe in a higher consciousness, it’s impossible for me to not be awed and deeply moved by the reverence, love and yearning George expresses in this song.

Central Park West - John Coltrane: I’ve loved this song for almost half of my life. It’s so beautifully somber.

I'll Fly Away - Gillian Welch & Allison Krauss: I’m stealing this one from my boy, Justin's list! I first fell in love with this song in 2011 on a gorgeous wintry-gray day driving north of Taos, New Mexico (a.k.a. God's Country). I felt so grateful to be alive for that moment. This song is immaculate.

Across the Universe – The Beatles: What would my wake be without a song from my boy, John? “Incomplete” is the correct answer!

California Dreamin’ – The Mamas & The Papas: I’ve loved this song for over half of my life. Such a perfect, beautiful, bright yet also melancholy song. This song often reminds me of my hometown of Fremont. One of the few fleeting moments that suburb ever seemed beautiful to me is when I used to drive around town humming along to the song’s flute solo halfway in.

His first book, ¡Cancerlandia!: A Memoir received Honorable Mention for the 2016 International Latino Book Award for Best Biography in English and was listed as a Top 10 Best Nonfiction Book for 2015 on TheLatinoAuthor.com. His short story collection, Ballad of a Slopsucker, was a 2020 International Latino Book Award finalist for Best Collection of Short Stories – English or Bilingual, and was chosen as Best Short Story Collection for the 2019 Latinidad List. His fiction and nonfiction have been published in The Acentos Review, The Bay Bridged, Black Heart Magazine, BorderSenses Literary Magazine, The Cortland Review, Label Me Latina/o, Mount Hope, Origins Journal, Prairie Schooner, Somos en escrito, and Thread.