This should be pretty simple: if doctors—especially court-appointed ones (if it were ever to come to that)—find that I am cognizant and mentally capable of making rational decisions for myself, than allow me to make whatever decisions I want with my life. If I’m found to be in a state where I am not conscious and able to make coherent decisions, where my life can only be prolonged with the use of breathing or feeding machines and there is no chance of recovery, then I do not want to be kept alive. I strongly believe this is not true living, so I’d rather join the dead.

I am largely indifferent about my remains (because, you know, I’d be dead). Since my parents brought me into this world, they have every right to bury and mourn my death in whichever way they see fit. If my parents are not alive to make this decision, I give my sister, Mariana, the right to take care of my remains. If she is not available for this, then next in line would be my sister, Carmen. From there, fuck, let anyone who comes forward with the desire to take care of my carcass have the power (no necrophiliacs, though!)

Some tips, though, as to how I’d like my remains to be disposed of:
–I dislike the idea of being buried in a cemetery (especially an American one). Caskets and plots of land cost way too much, and it’s not a really sexy thing, all in all.  Now being haphazardly buried, with no casket, somewhere beautiful (such as by a stream of water) is sexy.

–I like funerals—a lot. It is a ritual that is necessary for closure. If you feel like having a funeral for me, I embrace it.

–I consider myself an atheist, and will probably die one, but if whomever is in charge of my remains feels it is right to bury me with the blessings of a religious or spiritual practitioner, that is okay with me. As I said before, I would be dead so it couldn’t matter to me.

–The Irish may have it right with their wakes; I like the idea of sitting, reminiscing, maybe even drinking, and trading funny and happy, maybe even moving stories about a deceased dumbass such as myself. One’s lifetime should be celebrated and cherished, not mourned overly, I believe. A spirit of gratitude for the memories left in one's wake is more conductive than loathing one’s passing in sorrow. I know this may be impossible to ask of a fellow Peruvian—or probably most Latinos—but let it be known that this is my ideal.

–Mummification would be awesome! I would consider having my body mummified and given over into the possession of another if:

a)    I were to become and die a relatively famous figure
b)    because of A, some collector, or person with too much money, shows interest in paying for my remains to be mummified for their possession
c)    because of C, this person(s) must be willing to donate over $100,000 to a righteous charity (the more money, the better; put me up on eBay!)

Under these circumstances and chain of events, I would be willing to sell my body for the purposes of mummification.

–I’m still undecided over being an organ donor. My parents know about my philosophical dilemma regarding this (we had a conversation about it in late March 2005), so I don’t want to make that decision. Let whomever is in charge of my remains to make such a decision.  I’m sure no sane person would want my lungs, kidneys, or my liver. However, that still leaves a couple of body parts to go around!

-If I had it my way, this is how I would want my body to be disposed of: I’d want to be a human burrito for sharks and carnivorous sea life.  You (I’m dead serious about this):
~ Juan Alvarado Valdivia 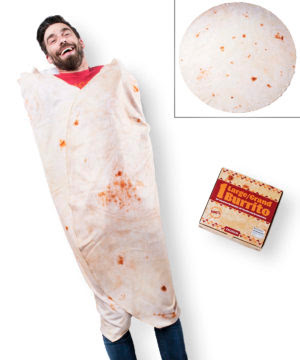